In Bitcoin, to independently verify whether new transactions are correct or not, a type of a node called “Full Node” has to hold the whole of historical transactions. The transactions are stored in ledger called “Blockchain. ” Blockchain is an append-only data structure. Thus, to operate Full Nodes, the required storage capacity would grow too large for resource-constrained devices. Due to the limitation, the existing lightweight node scheme is that a node relies on other Full Nodes. In this thesis, to reduce storage capacity with keeping the independence of each node, we propose a storage load balancing scheme “KARAKASA” using Distributed Hash Table (DHT). In KARAKASA, nodes distributedly keep the whole blockchain among DHT networked nodes. We evaluated KARAKASA from the view of storage capacity and independence. As a result, a node in a cluster does not need to trust other nodes. We concluded that nodes in a DHT cluster can behave like Full Nodes without holding the whole blockchain. 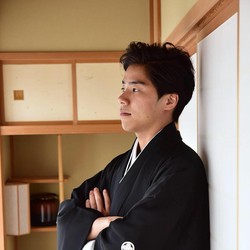 His research interests include distributed system especialy blockchain and cryptocurrency.